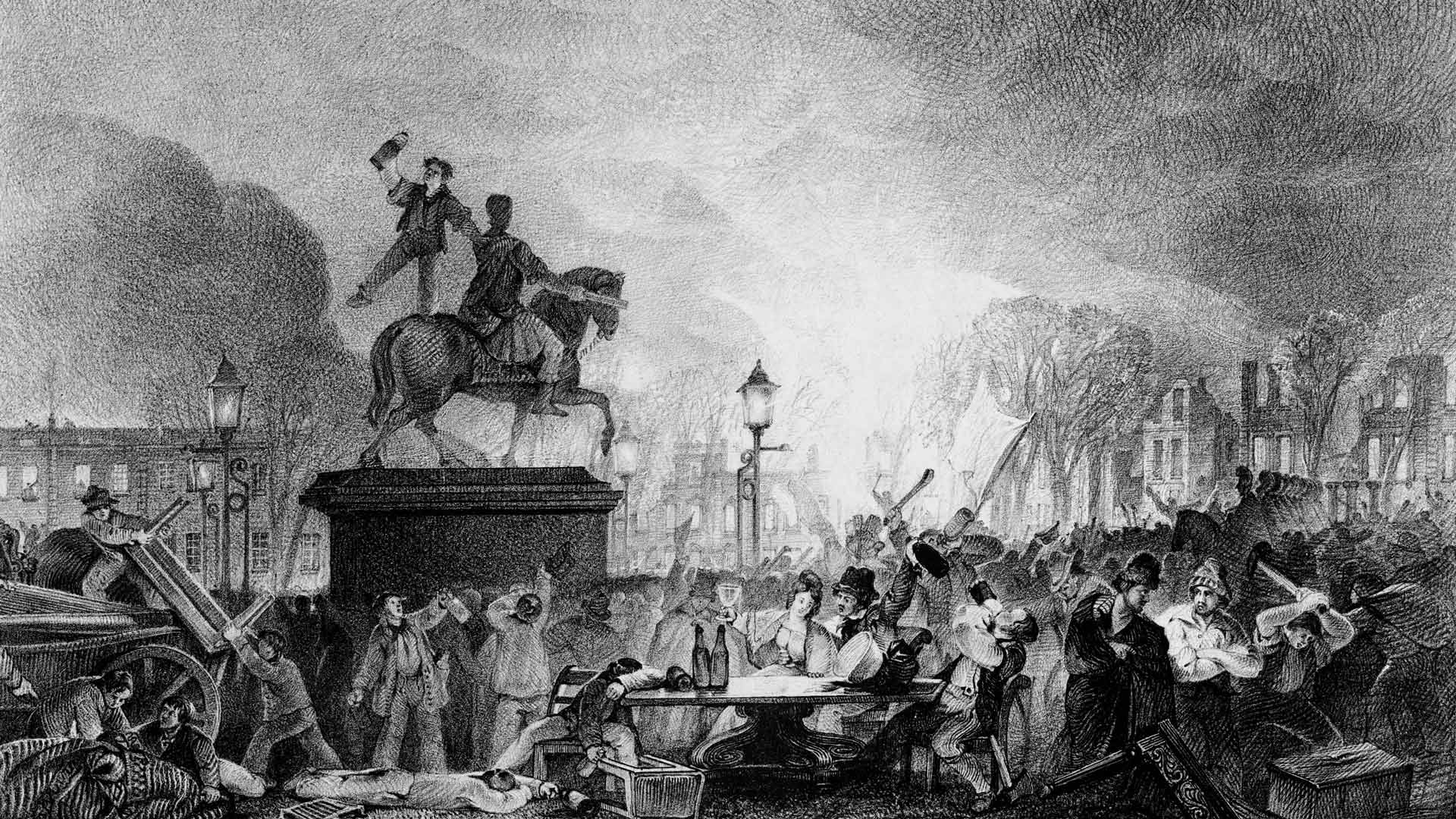 Intergroup dynamics within the 1831 reform riots:
towards a new social psycho-history

In October 1831 a wave of disturbances swept across England after the rejection of the Second Reform Bill in the House of Lords.

This wave culminated in Bristol with the most serious riot in nineteenth century Britain.

Meet the project team, the Advisory Group, and the Practitioners.

Find out about the planned impact of this project.

This map shows locations of reform-related riots in the immediate aftermath of the defeat of the Second Reform Bill (October-November 1831). A riot in this case is defined as an incidence of serious collective violence involving significant damage to property and the intervention of Yeomanry or Military units. Some of these events have micro-historical case studies available on this website, either complete or partially complete; pending case studies will be available on this website at a later date; and, points of interest, which while relevant to the current study, are not planned to be included as case studies. Click on the icons for more details about each event.